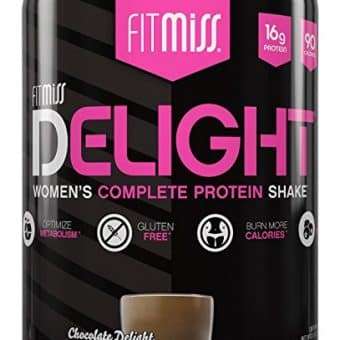 First, let’s get this out of the way …

We sell a protein powder.

So we may be slightly biased.

But we keep our reviews as unbiased as possible … because we focus on two objective pieces of info: the nutrition facts and ingredients list.

MissFit Protein Powders’ ingredients are among the worst we’ve seen.

In this article, I’m going to show you why.

First, here’s what I look for in a protein powder:

With that in mind, let’s take a deeper dive into the nutrition/ingredients…

FitMiss doesn’t appear too bad if you give a quick glance at the nutrition label. 90 calories, 16 grams of protein, and just 1 gram of sugar per serving … what’s not to like?

[cue dramatic music]
Unfortunately, the ingredients list tells a different kind of story. Here are the full nutrition facts and ingredient panels for their three flavors (Vanilla Chai, Chocolate, and Cappucino). Let’s see if you can spot the red flags, which I’ll tell you more about below: 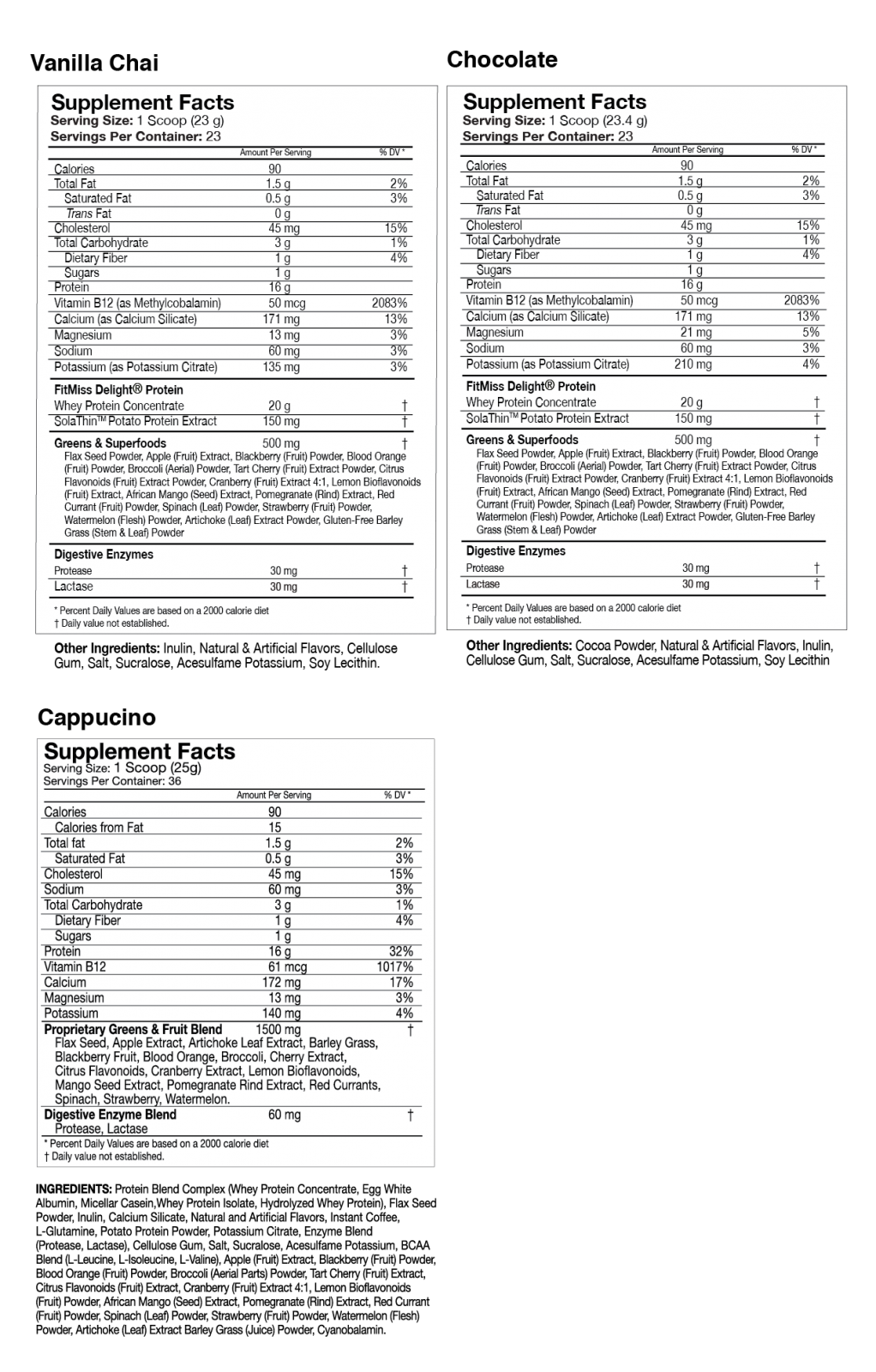 The Center for Science in the Public Interest puts both acesulfame potassium and sucralose on their Chemical Cuisine “Avoid” list. They say this about the former:

FDA should require manufacturers to conduct high-quality, modern-day studies of acesulfame potassium or withdraw its approval of it.

But that’s nothing compared to sucralose, which was shown to cause cancer in animal studies …

In 2016 an independent Italian laboratory published a large study on mice. The study found that sucralose caused leukemia and related blood cancers in male mice that were exposed to it throughout their lives starting from before birth.

Several researchers contend that sucralose negatively impacts the gut, including changes in the microbiome and enzymes. That could have a range of consequences, including effects on blood sugar, regulation of body weight, inflammatory bowel disease, and how drugs and other chemicals are absorbed and metabolized by the body.

Long story short, probably a good idea to avoid products that have this type of stuff. There’s just no reason for it (other than corporate greed), when there are much better, safer sweetener sources available.

David Andrews, Senior Scientist at the Environmental Working Group (EWG) said this about flavors (now the fourth most common ingredient on food labels):

Natural and artificial flavors really aren’t that different. And those “natural flavors” can actually contain synthetic chemicals! You’re right to be skeptical of the word “natural” – it’s often thrown around loosely.

All FitMiss Delight Protein Powder flavors also contain an ingredient called cellulose gum. It’s safe for consumption … but it’s nothing more than ground wood pulp designed by food manufacturers as a cheap way to make processed foods mix better. This is just an assumption, but it seems to me ground wood pulp wouldn’t be the best thing for those with sensitive guts.

I actually like that FitMiss uses a fruit and vegetable blend in their powders; however, these and all of their other ingredients are not organic. This means there’s a high certainty most of them are sprayed with pesticides and other chemicals you don’t want to be ingesting.

The problem with these chemicals is that their effects haven’t been widely studied on everyday folks like us. Most studies of the health effects of pesticides have focused on occupationally exposed people, like farm workers and pesticide applicators. For these people, studies show that:

It’s safe to say eating foods grown with the use of pesticides isn’t safe, despite what the industry-influenced FDA tells you.

All FitMiss protein powders use a combination of several types of whey, casein, and egg protein.

While these may be effective sources for building lean body mass, they can have serious side effects for people with GI and/or dairy sensitivities.

Then there’s this warning listed for the product:

If a protein powder isn’t safe for pregnant women and kids, that’s a huge red flag.

FitMiss and their manufacturer, MusclePharm, include an ingredient called Solathin, which they claim is “the newest weight-loss innovation that helps with making you feel full faster“.

This “new innovation” was actually released in 2011 and doesn’t have a single peer reviewed clinical trial to back its supposed effectiveness.

I was looking at some FitMiss Protein reviews on Amazon and stumbled across this statement from their product description:

Uh, sorry. NO protein powder delivers a full day’s worth of essential nutrients and calories.

That’s absurd (and that’s coming from a guy who sells a protein powder).

To get a full day’s worth of nutrients and calories, you need to eat real food. Protein powders are supplements–not substitutes.

This is the stuff that bothers me, you guys.

Large BroScience (or “B.S.” for short) supplement companies like MusclePharm have been selling garbage products like FitMiss Delight for too long.

FitMiss is cheap now but is the potential price you’ll pay down the road really worth it?

If you’re looking for a cleaner, healthier, safer alternative, then check out Pure Food instead.

0 shares
Manage Cookie Consent
To provide the best experiences, we use technologies like cookies to store and/or access device information. Consenting to these technologies will allow us to process data such as browsing behavior or unique IDs on this site. Not consenting or withdrawing consent, may adversely affect certain features and functions.
Manage options Manage services Manage vendors Read more about these purposes
View preferences
{title} {title} {title}